5 tell-tale signs that an employee will jump ship 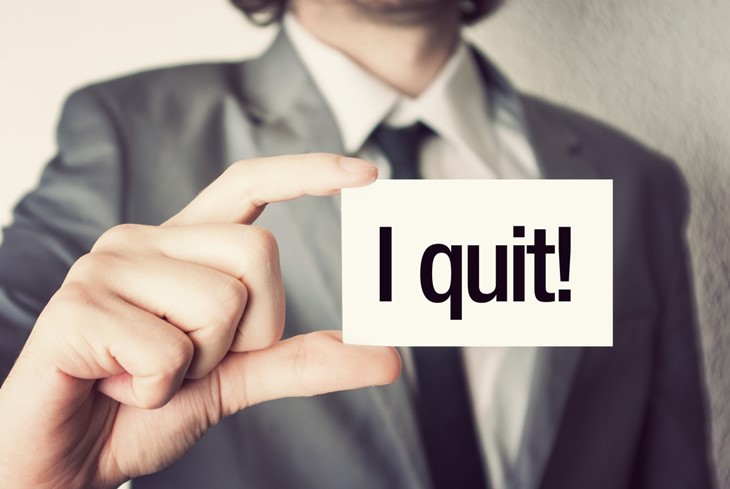 Losing an employee can be hard, especially if they’re highly valued and you’d assumed they felt happy in their role.

It’s unusual for someone to quit without warning. So do you know the signs to look out for that an employee’s actively job hunting, or even if they’re about to jump ship?

Perhaps one of your team suddenly starts contributing less to meetings and seems to have lost the fire in their belly when it comes to getting things done.

When an employee has decided to move onto pastures new and has one eye on an end date, they tend to become far less invested in how their employer performs.

Doing the bare minimum at work can be a tell-tale sign that they have career plans elsewhere.

Teams often have meetings where the talk is about long-term projects or deadlines further down the line.

And if you’ve noticed an employee who’d usually relish discussing the company’s future plans suddenly seem vague and distant during these types of conversations, it could be a red flag.

Just like people tend to start losing interest in their day-to-day role once they know they’re moving on, so the future of the business becomes less important to them as they know they won’t be around to take part.

Everyone has the odd sick day, but when more crop up than normal it might set alarm bells ringing. Equally suspect can be booking time off as holiday, but just half days at a time.

Why? Someone who’s planning to leave will need to attend interviews, and these typically take half a day or less.

Social media plays such a key role in many people’s lives that updating a profile picture or choosing a new cover photo isn’t an indicator of their career plans. Unless it’s on LinkedIn, that is.

If you notice an employee making big sudden changes to their LinkedIn profile, they may be trying to make themselves more employable for a new role. Warning signs include significant changes to their summary outlining their area of expertise, plus whether they’re asking for more recommendations or are getting involved in more conversations than usual.

Of course, staff are entitled to be active on social networking sites and it’s vital that as their employer you don’t start snooping. But if you’re aware of what these changes might mean you’ll be more prepared for what could be around the corner.

At HR GO, we know that for candidates the recruitment process can sometimes be a stressful business at the best of times. Even more so if applying, interviewing for and then negotiating the terms of a new job all have to be carried out under the radar in case colleagues or a current manager find out.

Someone planning to jump ship may well have had to keep his or her plans secret for a while. And this secrecy can mean they start to act differently around co-workers, making them withdraw from office life and the normal workplace banter in case they accidentally let the secret slip.

Of course, it’s not always your fault if an employee wants to move on. And these signs above don’t necessarily mean they’re planning to quit.

But if you know what to look out for, you stand more of a chance of successfully intervening and persuading them to stay before that resignation letter lands on your desk.

Will leaving the EU affect your recruitment plans?

How to get the most out of remote workers

Why didn’t you get a pay rise?

And how to boost your chances next time