Unusual Jobs: Working in the Antarctic 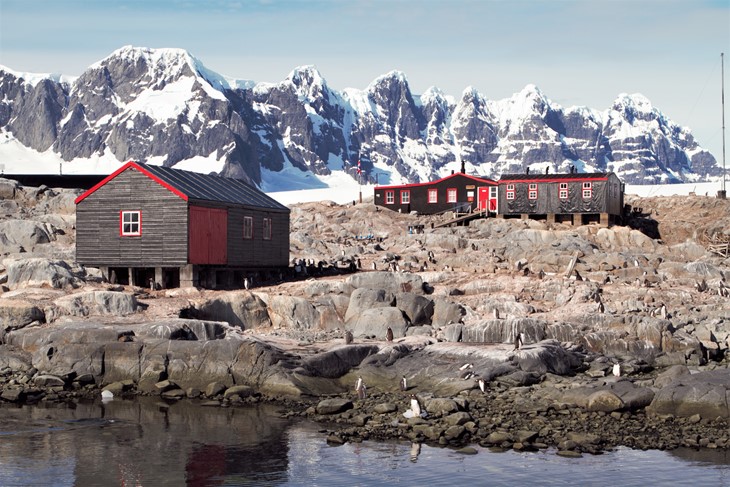 Have you ever looked at someone else’s job and wished that yours was only half as interesting?

There are many different and unique jobs that you may not have known existed. At HR GO, we like to offer advice and support to our candidates when searching for their dream role, whatever it might be.

If you're looking for some career inspiration or would like to know what unusual jobs are out there, then you are in the right place.

Here, we ask Tim Burton how he got into his job in the Antarctic and about his experience.

We are in charge of the long term maintenance and preservation of 6 historic research bases on the Antarctic Peninsula including the Penguin Post Office and museum at Port Lockroy. Port Lockroy (Base A) was built as part of a secret military operation during WW2 and was then manned all year round as a scientific base until 1962. It was restored in the mid 90's and is now run by us as a museum for tourist ship visitors to give an insight into what life was like living all year round on a tiny island in the Antarctic 60 years ago. It is also the southernmost public post office in the world and we receive around 80,000 post cards in the space of 4 months to send around the world (and cancel all the stamps by hand!)

We seasonally employ a team of 4 people during the 4 month summer season to work at Port Lockroy and then one or two other work teams that are deployed to other remote historic sites to carry out preservation and conservation work on the historic huts there.

My job is to work with the Operations Manager to organise all the logistics for our whole operation and recruit and train all the seasonal staff. As you can imagine it's an interesting and varied operation that needs a lot of cooperation between many other organisations and we have a lot to do. Each team needs to take everything it needs with it in one go - there are no chances to shop for forgotten items in the Antarctic!

I've been working as an expedition and mountain guide in the Arctic and Antarctic for almost 20 years and have traditionally spent months away in the middle of nowhere, in a tent, in freezing temperatures. I wanted to spend less time away and this job was a great opportunity to get involved in the side of the Antarctic operations that I don't usually see and a way to apply my field experience to improve the planning for the trust.

3. Best thing about the job?

Working with such a small team (we are only 4 full time and 2 part time in the office) means that I get involved in every aspect of the trust so there's lots of variety and interest and lots to learn. I also went to Port Lockroy two days after I started which involved travelling down the Antarctic Peninsula on a luxury expedition ship before living on a tiny island with 4 other people and 2000 penguins for 3 weeks!

4. Worst thing about the job?

When I write this I've actually only completed one full week in the office so it's difficult to say really. Ask me again in a few months!

5. Tell us a funny story

Port Lockroy has no running water, no showers and no flushing toilet. It means that you and everything you own smell of penguin poo after just a few days. And penguin poo has a particularly stinky smell - digested krill. Yum.

Unusual Jobs: Working in the Antarctic

We take a look at unusual and inspirational jobs.

5 tell-tale signs that an employee will jump ship

How to tell if they plan to leave

Will leaving the EU affect your recruitment plans?