Number of drivers breaking down from potholes has raised by 15%, according to the RAC. Have you suffered? 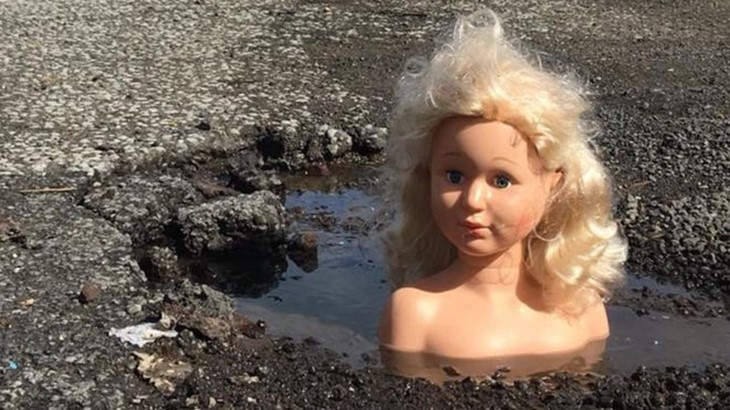 The bad weather conditions we had back in February and March have had a terrible impact on England’s roads, according to the RAC, and councils are still fighting the battle against potholes.

The number of pothole-related incidents registered between April and June this year raised by 15% when compared with the same period last year. The UK’s roads are currently experiencing huge levels of decline that are causing several issues to users that include broken suspension springs, damaged shock absorbers and distorted wheels. According to the AA, drivers and insurers are losing £1m a month repairing damage to vehicles caused by bad road conditions.

Some drivers’ frustration with the issue have led to protests. In April, a motorist decided to start sticking dolls into offending holes managing to generate some publicity on the problem.

The Department of Transport promised to solve the potholes epidemic by investing £6bn on England highways. Local roads are the most affected ones and responsibility for these falls on councils. In March, the government announced an extra £100m injection to councils to help solve the repairs following the prolonged spell of freezing weather.

Tips for getting into the recruitment industry

If you’re looking for an exciting career, where you deal with people from all walks of life and where no two days are the same, you may want to consider working in the recruitment industry.

In our mission to keep you clued up on what sort of interviews to be ready for, here’s part one of our rundown - plus a killer piece of advice for each format