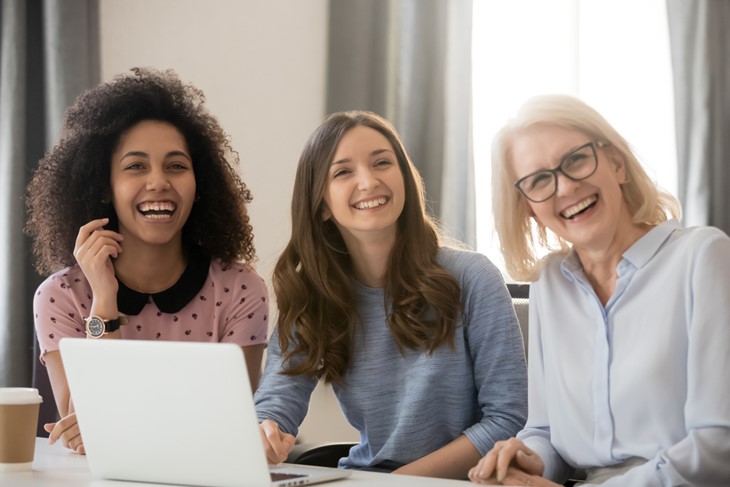 You know never to include an age limit or write that you’re looking for ‘enthusiastic young candidates’ in your job adverts. You’re also aware that asking how old a candidate is at interview is strictly out.

After all, the Equality Act 2010 makes it illegal to treat anyone unfairly because of personal characteristics including age (or on any other grounds) so it’s crucial for your organisation’s recruitment process to tick all the right boxes.

Yet from many older candidates’ point of view, it seems that ageism - or at least perceived ageism - still features heavily when it comes to applying for a job.

Although anyone can experience ageism, young or old, a YouGov survey by the Centre for Ageing Better of respondents who’ve applied for a job since turning 50 found that 46% thought their older age would disadvantage them in applying for a job.

Just over a quarter (27%) had been put off jobs that sounded like they were aimed at younger candidates, and 17% had hidden their age (or thought about it) in an application.

And in the final stages, one in seven believed their age was the reason they’d been turned down for a role.

Many workforces are now made up of four generations: from Baby Boomers (born between 1946 to 1964) down to Generation Z, born around the turn of the century - with age gaps now spanning five decades or more.

An age-diverse workforce, with decades of solid experience mixed in with fresh ideas and collaborative approaches, impacts positively on company culture. And older workers play a huge part in the UK workforce. Almost a third of employees are 50 or over - and it’s thought that by 2025 there will be a million more.

At HR GO we’re immersed in the hunt for great candidates every day. It’s very clear that with the level of skills shortages currently in the UK, businesses can’t afford to ignore any kind of talent pool.

Time and again, we see the employers we’re recruiting for who have a strong focus on diversity - generational as well as other kinds - absolutely flourish.

Even if you steer clear of blatantly ageist words or phrases, there may be other things you write that are inadvertently discriminatory.

For example, take the sentence ‘We’re seeking digital natives to join our dynamic team’. The phrase ‘digital natives’ is commonly associated with younger people who’ve grown up with smartphones and connectivity, and ‘dynamic’ implies youth. Even words like ‘ninja’, ‘energetic’ and ‘active’ can be seen as shorthand for ‘we only want young candidates to apply’ and might put off older potential recruits.

Unconscious bias is a natural human trait, and in recruitment it can take work to address it. One option in the early stages is to consider ‘blinding’ CVs.

To avoid age-related bias, this means having dates removed before they’re read by a potential employer: any dates of birth as well as the years a candidate has worked in former roles. Taking away the usual chronological markers makes it easier to focus on skills and capabilities without letting age-related bias creep in.

Every age brings a different perspective, and businesses ultimately benefit having multiple experiences and viewpoints on a team. Our advice? Recruit the ideal candidate, not the ideal age.

The top reasons people get fired (have you done any of these?)

Don’t make these mistakes at work

What does Gen Z want from employers like you?