Can your business do more for racial inclusion? 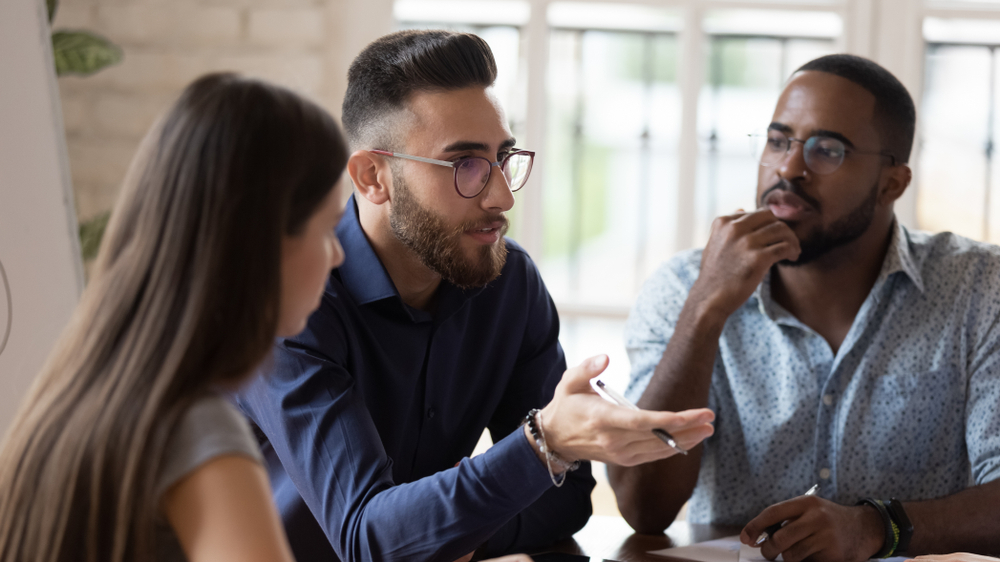 There is a new, greater emphasis on racial inequality and a call for more racial inclusion since the murder of the African-American man George Floyd as a result of police brutality in May 2020. This horrific incident sparked weeks of mass protests around the world.

And with the global Black Lives Matter movement once again moving to the fore, institutional racism and racial discrimination has started to be noticed and discussed by many for the first time - something that is long overdue.

In the days and weeks following George Floyd’s killing, many organisations took to social media to condemn racial injustice and proclaim support for the Black Lives Matter movement. But beyond posting hashtags and black squares on Instagram, how can businesses take steps to contribute to meaningful change and be better allies for the black community, and BAME (Black, Asian and minority ethnic) employees?

A focus on career development

A report by Business in the Community ‘Race at Work: Black Voices’ found that 33% of black employees surveyed thought their ethnicity would be a barrier to their next career move. The amount of white employees who felt the same? Just one per cent.

And in the UK, top management positions are overwhelmingly held by white professionals - just 6% of these are filled by people from a BAME background.

It’s clear that employers have to ask hard questions about career development for BAME employees, in particular. Do your BAME employees receive specific career development, and do you as a company know the steps to take in order to have more black employees in top management positions? These are two questions it’s crucial your organisation starts to ask, if it’s not doing so already.

The number of black employees who say they feel included in their teams is around 66%, compared to 70% of white employees.

Although taking part in inclusive leadership training is an important step to address this, just as crucial is planning real action on the lessons learned. Recommendations from the ‘Race at Work: Black Voices’ report include that leaders should make sure that more black employee voices are heard throughout the decision-making process.

Leading from the top with sponsorship

When it comes to creating a culture that supports the professional growth of black employees, it may be time to think past mentoring towards sponsorship instead.

Mentorships are invaluable for general advice and encouragement, while sponsorships go that bit further in actively promoting someone’s career.

Having a senior sponsor - a person of influence within the same company who can proactively speak and act in support of a BAME employee - can be a useful extra step.

Taking real action to ensure your organisation is recruiting from a diverse talent pool is crucial. And that probably involves tackling unconscious bias head on.

The concept of ‘blind hiring’ is a way to create a fairer landscape for candidates of colour. It means removing any information from CVs and applications that could identify the candidate’s race, background, sex and age.

Some managers might have unconscious bias that would influence their recruitment decisions, even if they’re not aware of them. So anonymising CVs also means that what gets the most focus in the application is how qualified that candidate is for the role, rather than their personal information.

Taking meaningful steps towards building a more diverse workforce isn’t just the right thing to do. There’s more and more evidence that striving for diversity and inclusion leads to better-performing organisations.

Bear in mind that future employees will judge the actions your organisation takes now, too. Smart employers realise that younger generations - and of course that includes future employees - will hold them accountable for what they do.

Many candidates feel strongly about issues around social justice, but at HR GO we notice that Gen Z (those born in the mid-90s onwards) are especially driven to call out unjust treatment. They’re also more likely to want to work for companies whose values align with their own (read more about attracting Gen Z to your team, here).

The Business in the Community ‘Race at Work: Black Voices’ report found that many employees said that employers were not comfortable talking about race.

Talking about race can be uncomfortable but it’s necessary. And with many businesses now asking themselves how they can be part of creating meaningful change, it’s clear that it’s important to start a conversation and take the first action.

When it comes to your business lending its support in the fight against racial injustice and towards inclusion, taking small steps is better than not acting at all.

Further reading about race in the workplace

How can you make new starters feel welcome - remotely?

Virtual onboarding: How can you make new starters feel welcome - remotely? 4 ideas to help you succeed.

Teacher resignation date is approaching. We can help save you time and money when finding new January starters.

Win a £200 educational voucher for your school by entering our Brighter Future competition! Click here to find out more details - terms and conditions apply.